Personality as a diagnostic feature

Mobbing is a serious problem which can lead to problems such as PTSD. Often times people speculate in which types of personalities have a higher risk of being targeted of this behavior. 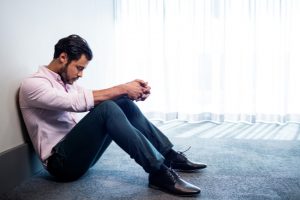 One quite often hears the theory that a harassed person´s ”pre-morbid personality” should be blamed as the social factor that triggers for mobbing situations.

This notion is also very widely spread amongst professionals. But until today, empirical research on adult mobbing, which began in 1982, has not been able to relate the cause of a mobbing process to the victim’s personality.

Here you will find Dr. Leymanns modified and broadened description of the ICD-10 symptoms. In the following list of symptoms, the symptoms marked, with an asterisk (*), are originally stated in ICD-10. Since obsession as the main characteristic is always accompanied by a certain depressiveness and vice versa, the following symptoms may be found in many patients. These, then, are the symptoms of permanent personality change. The grouping into three sections mirrors my clinical experiences and are not to be found in the original ICD-10 descriptions:

Obviously, it is no longer possible to evaluate the victim’s original personality during a chronic PTSD phase. What can be diagnosed is the destruction of the personality. Since PTSD-injured individuals show the same syndrome and thereby the same behavior and symptom mix (namely the syndrome which is called chronic PTSD), it is common that professionals who are not trained to diagnose PTSD falsely assume that it is a certain type of personality that is affected by difficulties following violent events, mobbing, being taken hostage, rape, catastrophe, etc.

Reactive obsession: Persistent, repetitive and intrusive thoughts, great energy to follow goals to the ”bitter end” (with other words: the contrary of depression).

Ofcourse, it is better to controll the problem than only treating the effects of it. In order to help be a part of the solution, read about how you identify these activites and how you can prevent them.